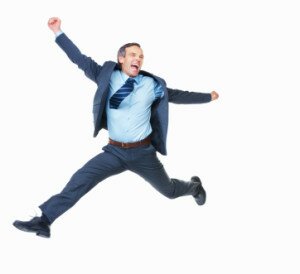 Last week I had the pleasure of moderating a quarterly planning session for a team that discovered the magic of solving issues by simply “deciding”. It was so transformational for them, it struck me that this simple “tool” is something worth singling out to share with other teams looking to gain traction.

We ran the meeting much like the quarterly planning sessions they were already comfortable with, with one notable exception. We added in the “Identify, Discuss, Solve” or IDS process from the Entrepreneurial Operating System (EOS).

While the IDS process may not sound like rocket science on the surface, it’s a truly transformational tool. Why? To start with, many issues aren’t dealt with until they get to be a big deal, leaving them with an undeserved negative connotation. An issue is just an issue, as reiterated by Mike Payton in the EOS blog last week. When an issue is identified and tackled early on, before it grows or is rehashed ad nauseum, it simply gets solved and everyone keeps moving forward.

So how does the IDS process work? As part of the quarterly meeting agenda, we listed out every issue anyone could think of, picked the top three priorities and started solving them one by one. It was fun to watch the excitement build as issues which could have been time-consuming to handle were whittled down to the core issue and decided on right then and there. Shoulders grew lighter. Projects were collectively declared “good enough”, giving permission to be done and celebrate the accomplishment. Confidence grew with each issue solved, and the team left the session with every high priority issue solved, clearing the decks to focus on company rocks and rocking out great projects for customers.

With just a couple of hours of practice, this team experienced the power of IDSing issues and left excited to continue the process during routine meetings in the future.

What’s your experience with the magic of deciding?

An educator at heart, Catherine enjoys applying her expertise as an executive and long-time online marketer to help fellow entrepreneurs. To that end, she wrote the book on how to put all the pieces of online marketing together called "Internet Marketing Start-to-Finish", and speaks at both advertising industry and entrepreneurial events. Outside of the world of SEO and executive coaching, you'll find Catherine hanging out with her husband and two teenage boys, and triathlon training.

Explore articles on this site

We invite these referral partners to participate here as companies we know and use. They make this content possible - thank you!